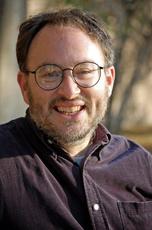 Robert Johnston will serve as Project Co-Director for Academic Content. Professor of History and Director of the University of Illinois Chicago’s Teaching of History program, he is a leading scholar of this period, previously serving as co-editor of the Journal of the Gilded Age and Progressive Era. Johnston has also served as the Academic Director for three Teaching American History grant programs and has served as an instructor in more than twenty other TAH projects as well as a wide range of K-12 professional development programs. He authored The Radical Middle Class: Populist Democracy and the Question of Capitalism in Progressive Era Portland, Oregon (Princeton University Press), which won the Social Science History Association President’s Book Award and is editor or co-editor of three volumes of scholarly essays. He is currently working on a book titled Pox, Politics, and Populism: Three Centuries of American Vaccination Controversies (under contract with Oxford University Press). His middle school US history textbook, The Making of America: The History of the United States from 1492 to the Present, won the School Library Journal Best Book of the Year Award. He has also received several awards for his teaching, including UIC’s top teaching award and, in 2020, the American Historical Association’s Eugene Asher Distinguished Teaching Award. He is co-editor of the Journal of American History’s “Textbooks and Teaching” section, and he recently completed a five-year term on the Test Development Committee for the Advanced Placement U.S. History exam (three as co-chair). Robert can be reached at johnsto1@uic.edu. 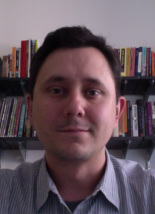 Charles Tocci is Assistant Professor of Social Studies Education at the School of Education at Loyola University Chicago.  A former Chicago public high school teacher, Charlie was Assistant Professor of Secondary Education and Director of the Secondary Social Studies Education program at National Louis University. Prior to that he was situated at Teachers College, Columbia University where he earned his doctorate in Curriculum & Teaching as well as worked as a senior research associate at the National Center for Restructuring Education, Schools, and Teaching. Charlie can be reached at ctocci@luc.edu.
​ 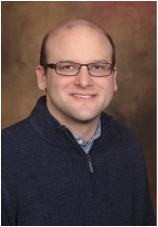 Michael Biondo is a Social Science Teacher and an Instructional Coach at Maine South High School in Park Ridge, Illinois. He teaches US History and coordinates student participation in the Chicago Metro History Fair, the local affiliate of National History Day. In his coaching role, he provides one-on-one coaching to teachers, leads staff development programs, and co-directs a district-wide action research cohort. He is a Google for Education Certified Trainer. He earned his BA in History at Dominican University in River Forest, Illinois. He has an MA in History from Northeastern Illinois University, and an MA in School Leadership from Concordia University Chicago, where he also recently began a doctoral program. Michael was named Illinois Computing Educators (ICE) “Classroom Educator of the Year” in 2015 and the Illinois Patricia Behring NHD Senior Division “Teacher of the Year” in 2016. Michael can be reached at mbiondo@maine207.org or www.biondoteaches.com.
​ 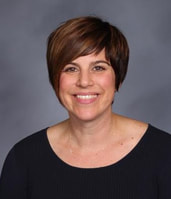 Johanna Heppeler has been a member of the East Leyden Social Studies Department since 2005. Currently, she teaches Advanced Placement United States History and a Chicago history course. Not only does Johanna participate in a number of school and district-wide committees, she also serves as advisor to Student Council, National Honor Society, and History Club. Johanna earned a Masters of Education in Curriculum and Instruction from DePaul University and is currently finishing a Masters in Teaching History at the University of Illinois at Chicago. Johanna has participated in the GAPE summer institute, both as a student (summer 2015) and master teacher (summer 2019). Johanna can be reached at jheppeler@leyden212.org.

Crystal Johnson is the Manager of Chicago Metro History Day at the Chicago History Museum. Prior to joining CHM, Johnson worked in education outreach for the State Historical Society of Iowa and spent a year as a German Chancellor Fellow. From 2004-2015, she served as the executive director and education director for the Chicago Metro History Education Center. She is the author of Making History: A Teacher’s Guide to the National History Day Program and co-editor of Finding, Analyzing, and Constructing History: A Research Guide for Students, co-produced by National History Day and the Library of Congress. She is currently Project Director for a Library of Congress Teaching with Primary Sources program. Johnson holds a BA in secondary education, a BA in history, and an MA in cultural and educational policy studies with an emphasis in the history of education. Crystal can be reached at cjohnson@chicagohistory.org.